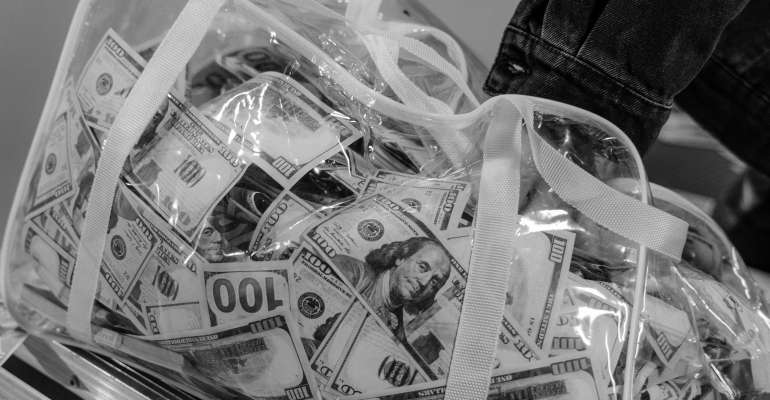 Denis Anipchenko
126
0
Bonus Hunting
Bets for Bonus Wagering
Online casinos offer very enticing promotions. Indeed, among them, there are options we can safely recommend to our readers, but some bonuses are almo...
Rating
Without rating
?/10

? / 10
January 4, 2018
Lawrence Ho: Silver Spooner or Workaholic?
The biography of Lawrence Ho, a Hongkongese tycoon, is full of interesting events. He is senior son of the founder and the king of the gambling industry Stanley Ho, who has successfully joined the family business and founded his own company called Melco Crown Entertainment. Nowadays, his corporation owns several large hotel casinos in different countries of the world.
Gambling tycoons
5485
0

? / 10
January 4, 2018
Bugsy Siegel is the Most Charming Gangster in the History of Las Vegas
American gangster Bugsy Siegel is sometimes referred to as the founder of gambling in Las Vegas. He was a charismatic criminal, very popular among filmmakers. He was really engaged in both illicit and legal gambling in Las Vegas. Siegel even opened a luxurious casino using the funds of the mafia. However, his contribution to the development of gambling in Nevada is exaggerated. Benjamin Sigelbaum's life was full of adventures, which are described in our article.
Gambling tycoons
588
0

? / 10
March 29, 2016
James C. McKay is a Godfather of Casinos in Reno
Until Las Vegas got the status of the gambling capital of the United States, this title had belonged to the small town of Reno. Casinos started their official operations there in the thirties. However, they had illegally operated even earlier. An important role in the foundation of gambling in Reno was played by James C. McKay, an organizer of the criminal gang, whose activities are discussed in our article.
Gambling tycoons
2523
0

? / 10
January 5, 2016
Frank Rosenthal: the Most Controversial Legend in Las Vegas
His contemporaries called him "the best living handicapper." Thanks to him, Las Vegas casinos and bookmakers look in the way how we can see them today. He managed the empire composed of the four casino hotels and was one of the most influential individuals in Las Vegas. He was married to the most beautiful woman of her time. Many times he underwent trials but always was successful. He survived car bombs with insignificant burns. Who is he? Meet the most mysterious legend of Las Vegas - Frank "Le
Gambling tycoons
316
0

? / 10
April 28, 2015
Billy Walters: Taste for risk
Williams Walters is considered as a true legend in the world of gambling. He has achieved especially impressive success in the field of betting, where he succeeded in earning huge sums. He has inspired thousands of other fans of sports betting by his activities and become their role model. You may learn from this article, prepared by one of the authors of the portal Casinoz, about the life of this famous gambler.
Gambling tycoons
318
0

? / 10
June 14, 2014
Nick Abelman, a poor immigrant who became a gambling magnate
Nick Abelman was born in a family of poor immigrants and became a millionaire owning various casinos in several U.S. states. He entered the history of American gambling as one of the pioneers of the industry and did a lot for its development. Casino Riverside brought him the greatest glory and for many years it remained the most prestigious casino in the city of Reno.
Gambling tycoons
1531
0

? / 10
May 3, 2014
Bill Bennett, the pioneer of modern gambling
A farmer's son who becomes a multimillionaire begins to work in the casino service staff to make a wonderful career and becomes one of the most influential operators of gambling in Las Vegas. No it's not the plot of the chick lit. This is a real biography of Bill Bennett , the owner of several leading American casino and a gambling innovator.
Gambling tycoons
287
0

? / 10
April 24, 2014
Howard Hughes in the history of Las Vegas
Thanks to several famous movies about Howard Hughes (especially The Aviator with Leonardo DiCaprio), we know that this eccentric millionaire has raved aviation and cinema, and suffered from mental disorders. But Hughes also left a bright trace in the development of gambling in Las Vegas. He owned several casinos that have become the new standard of quality. We will talk about it here.
Gambling tycoons
2087
0

? / 10
April 21, 2014
Stanley Ho, the legend of Macau gambling
Stanley Ho, Macau gambling tycoon, was born into a noble family, but he had to build his own empire, because his father had not only ruined, but also threw a son with his mother and two sisters away. Perhaps because of this, Stanley got a firm spirit and became a successful businessman, who got everything he wanted. The most famous domain of Mr. Ho is gambling in Macau.
Gambling tycoons
324
0

? / 10
April 21, 2014
Kirk Kerkorian, an Untypical Gambling Tycoon
The owner of a good half of the most famous casinos in Las Vegas, a permanent member of the Forbes wealthiest person list, the former controlling shareholder of the MGM, an incredibly generous philanthropist, donating millions of dollars to various charities - all this is about Kirk Kerkorian, an American billionaire of Armenian origin, who, as people say, has made himself.
Gambling tycoons
226
0

? / 10
July 17, 2011
Benny Binion, a Man Who Changed Las Vegas
Benny Binion was a notorious gangster, the owner of the famous casino The Binion Horseshoe, the founder of the World Series of Poker, and the first Las Vegas high roller. He raised the bets in the casino ten times higher than his competitors, which caused their discontent but still forced them to reconsider their views on the management in the gambling industry.
Gambling tycoons
296
0

? / 10
June 30, 2011
Sheldon Adelson, King of the Casino World
If anyone can be called a man who has made himself, it is Sheldon Adelson. The casino king of the world, the richest Jew in the world, the third richest person in the U.S. - it's all about him. He was born into a family of a taxi driver and a housewife who came to the U.S. from Lithuania and Ukraine. Now, he is a huge gambling tycoon who owns several land-based casinos.
Gambling tycoons
170
0

Who is at the origin of the gambling business? Who were the first casino owners? How have modern gambling magnates made a fortune and firmly established themselves in the industry, beating many competitors?

In this section of Casinoz, we talk about the life and business of the biggest bigwigs in the industry. Read the biographies of the legendary casino owners and learn their lives' secrets. Maybe, this will inspire you to play and win.

Let's begin with the colorful personalities that shaped the appearance of the modern gambling business. Some of them were fascinating characters from a different stratum of society.

We also describe many other casino operators of the past.

Tycoons of the 2nd Half of the 20th Century

In the second half of the 20th century, the sphere of the gambling business began to develop rapidly. The history of gambling at that time included many outstanding personalities.

Read more about these and other industry leaders at Casinoz.

The gambling business does not suffer from a lack of new top managers. Fresh blood in the face of young and ambitious casino owners pours into the industry.

Perhaps the most striking example is Lawrence Ho, son of the legendary Stanley Ho. The guy chose not to live a slacker life, seriously took up education, and delved into all the secrets of the family business. Eventually, he raised the Empire founded by his father to new heights and successfully continued developing his casinos in different countries.

New articles regularly update the section with biographies of the most prominent gambling tycoons of the past and present. Do not forget to open this page to learn about the founders of major casinos and leading gambling figures.

💰 Where can I read biographies of gambling tycoons?

On Casinoz, there is a particular category containing articles about the most famous tycoons in the history of casinos.

💵 Who were the most famous tycoons in the gambling industry?

If we talk about the past, there were several legendary owners of famous casinos, such as Benny Binion, Jim McKay, and Nick Abelman.

🏆 Who rules the world of gambling now?

Lawrence Ho is one of the most reputable businessmen in the industry.